by Calfed
A few years back I grabbed this sporterized high-number Rock Island 1903at an auction with the plan of converting it into a 1903A1 USMC sniper rifle suitable for the CMP vintage sniper matches. My sons and I are planning to shoot in those matches.

It had the C stock and the scope mounting blocks already mounted. . The barrel was pristine and interestingly, is a less common Sedgeley. 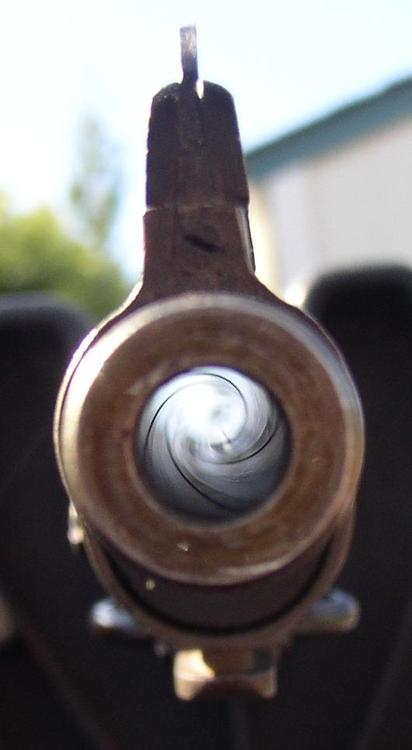 I was satisfied this was a decent shooter after my son shot 100 yard groups like this with the Redfield sight that was mounted on the gun. 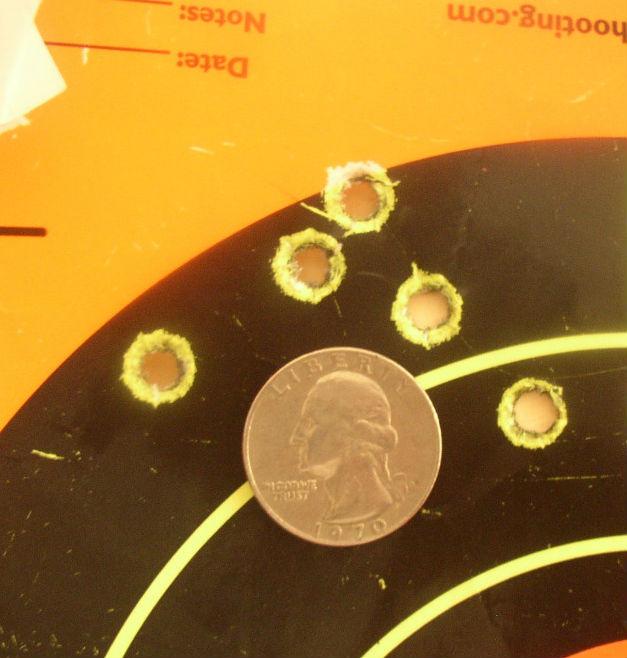 I mounted an 8x Lyman Targetspot Junior for some long range work and the rifle shot very credibly at 550 yards.

I have run into some issues, however. Turns out that the C stock, a required element of the rifle, had been cut too short to use. The 8x Lyman scope, while legal, is so dim that it is far from optimal for use in the match. The scope blocks were good and properly drilled and tapped, but also were not optimal for the match. Bottom line, it needed some work. After a new stock, new scope blocks, the addition of a few missing parts, I got this...

I also bought an 8X Hilux reproduction Unertl scope, but discovered issues with it and it is currently back at Hilux getting repaired.

by Ernest T
Here is my 1903A1 clone. Built by a local guy that shoots competively in the CMP matches. He had 2 of these and was raising money for a new project and decided to sell one, so I got it for a very good deal. New Criterion barrel, New CMP stock, Fecker 8X scope. I had the option to buy it with the HiLux repro scope, but the seller warned me of some problems with that scope not holding zero, so I went with the older Fecker. Front Fecker mount and rear Unertl mount, because a part of the rear Fecker scope mount is broken. This rifle shoots very nicely with handloads. I also bought it for CMP vintage competitions, but job and health reasons have prevented me from attending. Good luck with your build. Mine likes 168 g SMKs and IMR 4350 powder.

by Calfed
Wow! Very nice looking rifle, ET. I had Chuck Moline (ChuckinDenver) from Warpath Vintage do the build. He has a sterling reputation and a wealth of experience with 1903's.

I've approached this project hoping to keep it under budget. Definitely had a few disappointments on that score. I got a great start with the base rifle...because it has been sported, I got it cheap. The barrel being in great shape helped keep the price down, as did the scope blocks already being installed. They are a bit closer together than spec, but Chuck informed me that they were well done and we decided to go with them. That saved me some money. He replaced the existing scope blocks with Steve Earle blocks and silver soldered them.

I had hoped to use the existing C stock and it was a shame that I couldn't...it is a very nice pre-war Springfield. Unfortunately, it had been cut too short when the butt pad was installed. Fortunately I got some money for it and the Redfield sight that came with the rifle. I used a Minelli reproduction stock. I also had an 8X Lyman Junior Targetspot that I intended to use, but Chuck advised that the Junior Targetspot was really intended for small bore. So I bought the HiLux repro, but immediately had an issue with it and had to return it for warranty work.

Interesting that you ask that question, because I ask the guy I got this one from how he could tell the power, since there are no markings on the scope. He assured me that he had verified that this scope was 8x and that he had used it in CMP competions. But, he also told me that the CMP didn't seem to care as long as the scope dimensions (1.5 max objective) were not outside of specifications. In fact, he told me that he knew some guys that were shooting 10x Fecker scopes in competition, because either they didn't know they were 10x or that the CMP couldn't tell the difference, and there was not an easy way to tell one from the other.

I have heard of problems with the HiLux mounts or rings (can't remember which) stripping screws and coming loose, so unless they have fixed that problem, you are better off going with the other rings/mounts.

I wish I could, but not this year. I think the vintage sniper matches are this weekend.

This rifle was built by a local guy, but he's built a number of them and knows what he is doing.

by Calfed
I got behind on this project, but finally received the scope back from Hilux, supposedly repaired. Last week I took the rifle to range, where I mounted the HiLux scope and found that the cross hairs were canted about 45 degrees off plumb. Damn!


Has anyone else experienced this problem?


I called HiLux and they explained that I could loosen a couple of screws on one of the rings and plumb the reticle. Has anyone done this before and if so, any suggestions on the best way to make sure the reticle is level?


I went ahead and fired the gun at 25 yds as is and found the rounds hit far to the right. I adjusted the scope until the hits were centered, then moved the target back to 75 yards. I couldn't get the rifle to group very well and finally removed the scope and fired 5 rounds of the Federal Gold Medal Match using the iron sights and was rewarded with an approximate 1" group. So Chuck did a fantastic job with the rifle. Still working with HiLux on the scope. 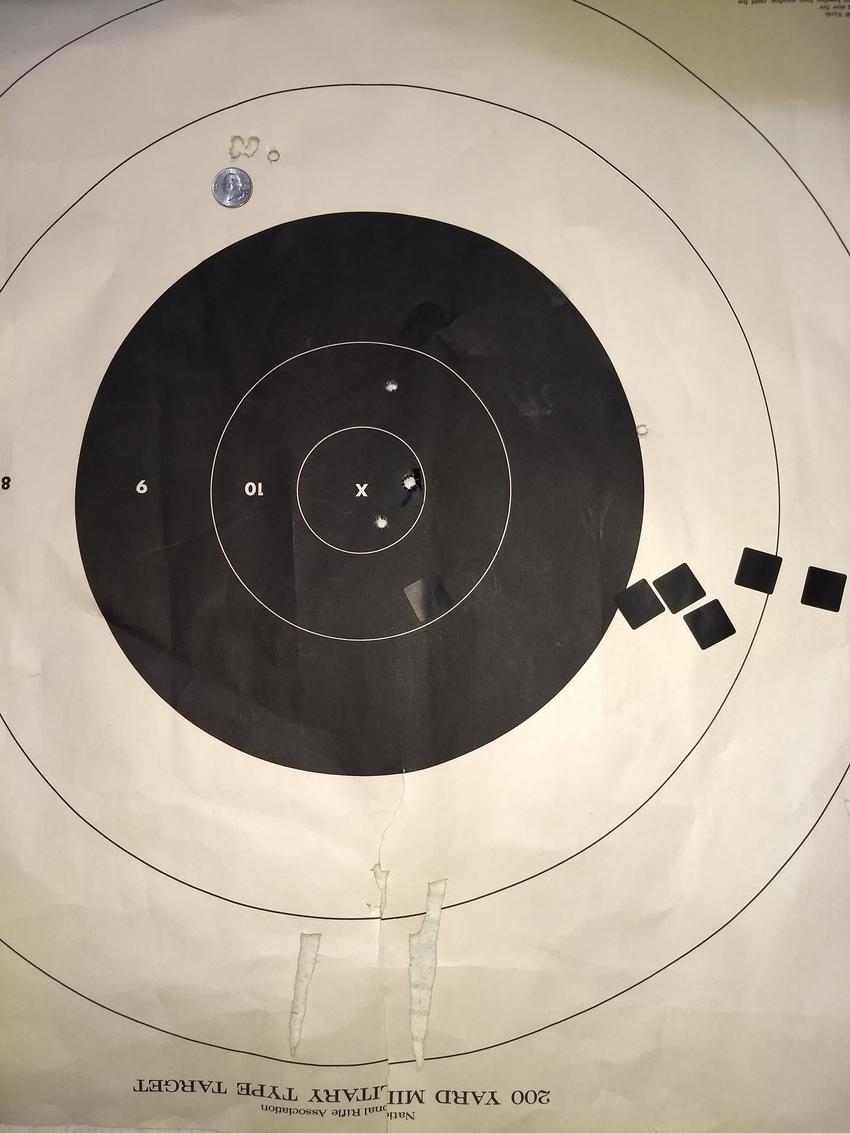 by Calfed
The thing that kills me is that I have a Lyman Super Targetspot and a Fecker which both look better than the HiLux, but are unmarked as to power. I would gladly use them if I could determine that they are of legal power (Max of 8X).

I also have a Litschert Spotshot, but it is marked "10 power" and needs a new reticle.

Went ahead and mounted the Fecker and the Lyman, just to see how they looked.